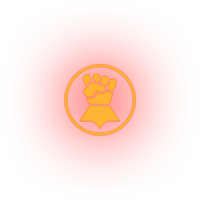 The Imperial Fists is a chapter of the Space Marines in Eternal Crusade.

The Imperial Fists stand as the steadfast defenders of the Imperium and the Emperor’s unwavering shield; since their founding they have been the bulwark against which the armies of traitors and aliens have shattered.

These paragons of the principles of the Codex Astartes excel at all aspects of warfare, but show a particular talent for siegecraft.